1 John and The Expulsive Power of a New Affection

We have been going through the letter of 1 John in our adult education class currently. This week we come to the familiar verses about that command "Do not love the world!" What does that mean? Are we supposed to eschew everything around us and retreat into spiritual hermitage? Certainly not! We are to move within the world with new affections that are fixed not on the things of the world, but on the Father who made it. 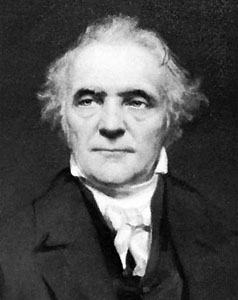 Thomas Chalmers is a very cool (but now dead) guy who preached a sermon from these verses and entitled it, "The Explusive Power of a New Affection." His main point? That the only way to strategically disavow our affections for the world is to find a new object of affection. And the only appropriate object of our affection is, of course, the Father. You can read this sermon, 14 pages long, within an hour. But I promise it will completely overhaul the way you think about these verses in 1 John. They are not some moralistic, duty-bound, obligatory, etc. type of appeal, but rather an appeal for new affections. Not external, but internal.

Oh, and here is a fresh translation of the text that might help you grasp the meaning even further:

1 John 2:15-17 "Do no set your affection on the world, nor on the things belonging to the world! Whoever sets his affection on the world forfeits the love of the Father. For everything that belongs to the world—what the body hankers for and the eyes itch to see and what people toil to acquire—is not from the Father. It is rather from the world. Now the world, like the lusts found in it, is passing away. But whoever does the will of God abides forever."

The Children Can Follow Jesus: Children's Ministry at Christ Covenant

The Golden Rule Applied to Prayer