Below is an update from the team we sent to Kuala Lumpur to encourage missionaries there for spiritual refreshment by providing Bible studies and activities for their children throughout the week so they could attend the retreat. 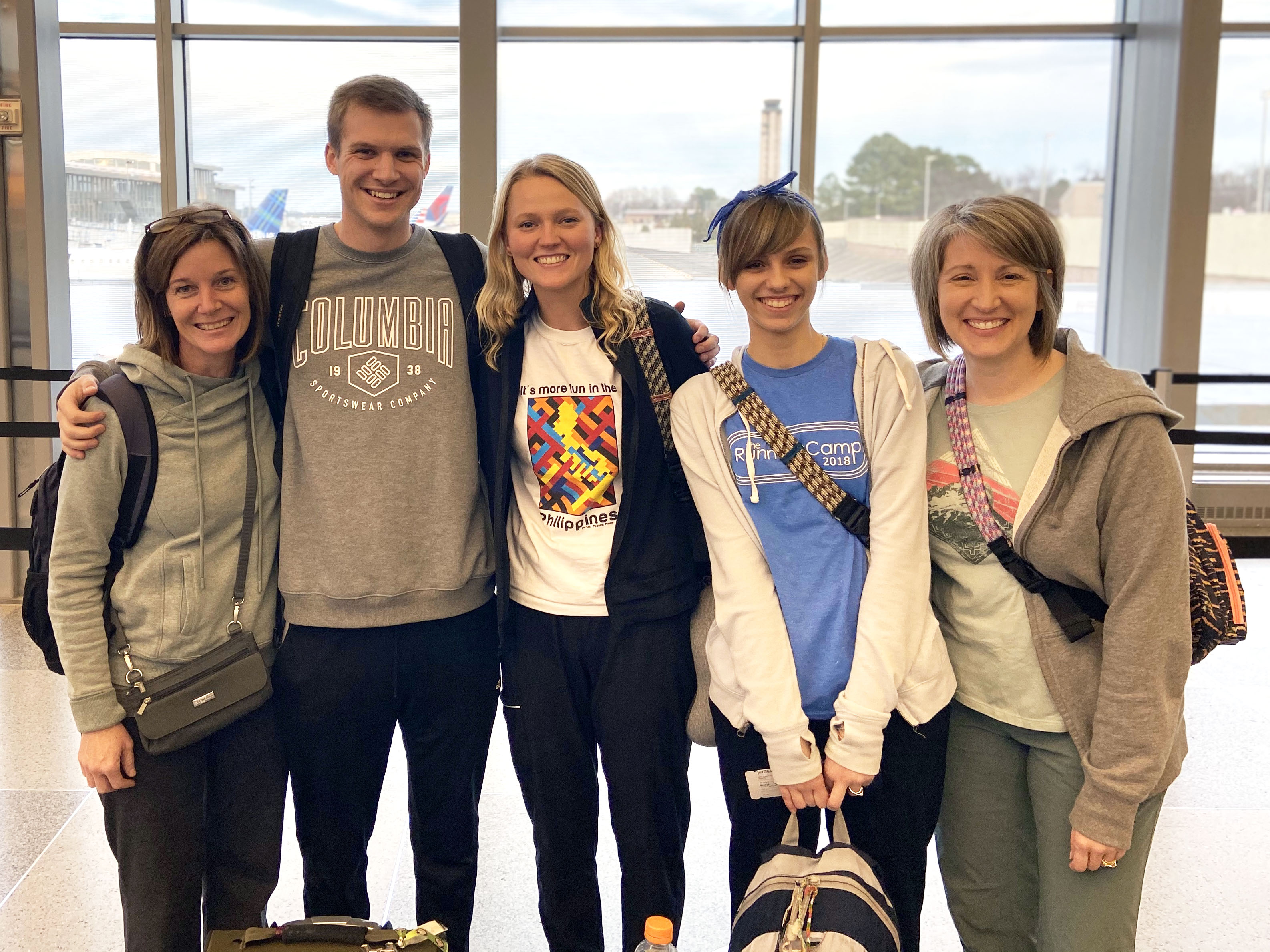 Marci
Comforts of home, proximity to family, unfamiliar cultures, and new languages…all of these things and more come to mind when I think of what missionary families give up or take on. But the first night we were in KL I spoke with a mom who shared her favorite thing about these retreats: getting to worship with other believers. Not a sacrifice I had thought of before. What she looks forward to yearly I have the privilege of enjoying every week. I would say that energized me for the week! 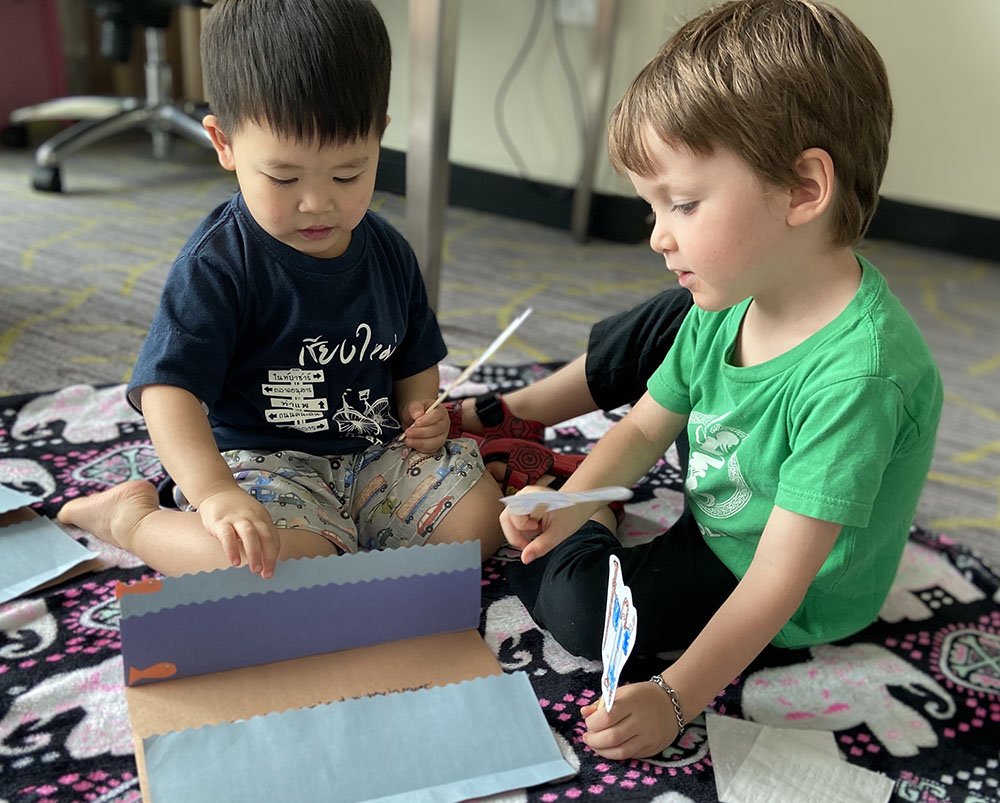 I cared for the youngest group of children and arguably the cutest. Despite their age they were attentive and enjoyed participating in the crafts and activities we brought. Watching them act out Moses and the Red Sea was among the highlights for me; I think they did it ten times! “Now, you be Pharaoh, and I’ll be Moses…” Closing every day with “He’s Got the Whole World In His Hands” was sweet, too. To see the kids’ faces light up when their name was inserted in the song was priceless. Every day they were equally excited to hear their name. They’re right though; it should be thrilling every day to hear that God, who holds the whole world, holds us each, by name, in His hands.

Olivia
I am so thankful to have had the opportunity to go on the trip to Kuala Lumpur. It was such a neat experience, being my first time ever going overseas and going on a mission trip. Going to Malaysia was so eye-opening for me. I saw (in person, not just in words or pictures) how people lived in another country. I also learned what it’s like to experience a new culture and a foreign language. It gave me a better understanding of how refugee might feel coming to America, on a much smaller scale, of course. Our team was watching the 0-4-year-old kids for the morning, and we planned a VBS-type lesson structure. I would have 2 days where I would be teaching, and that made me a little nervous, it being my first time. The first day proved challenging because I mixed up the schedule and did things a little out of order as a result. This made the kids restless and difficult to manage. It turned out to be a good learning experience, though, and the next day went much smoother. The trip was such a blessing to me not only by providing a good learning experience but also by giving me a new perspective. 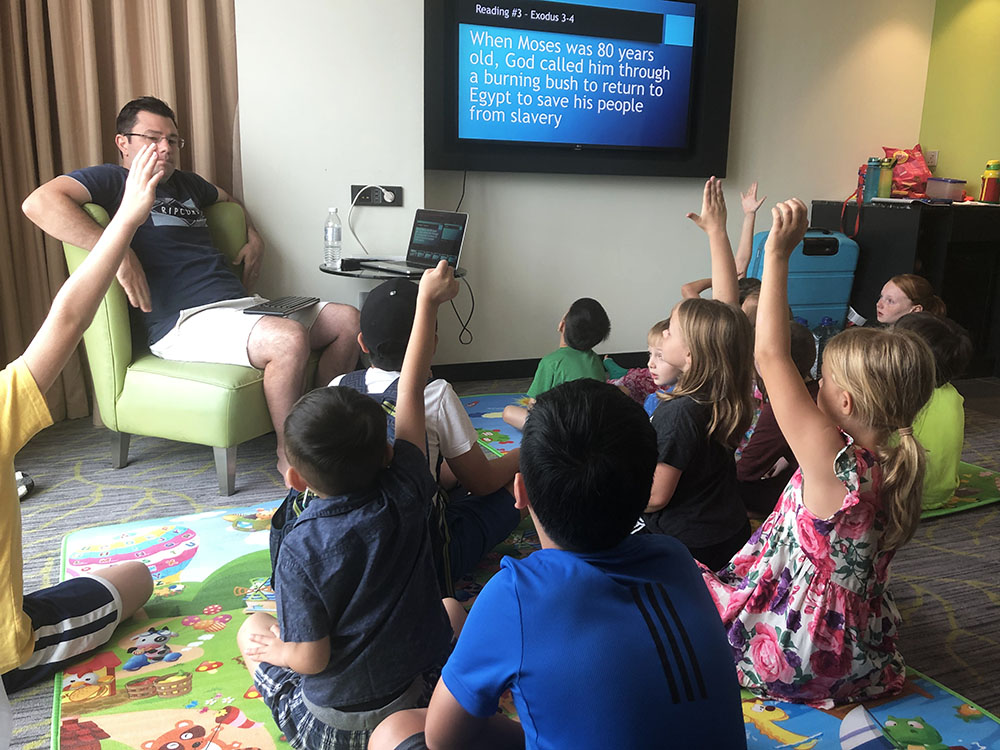 Having the opportunity to travel to Kuala Lumpur and provide child-care for the families who work overseas during their retreat was a huge blessing from the Lord. I had the privilege of leading small group Bible study time each morning for the middle/high school boys while their parents were in their conference sessions. We studied through lessons that examined the Scriptural basis for God’s Mission, particularly focusing on how/when/why God included all nations in His scope of redemption. This took us through OT prophecies of God’s love and desire that all nations be represented in eternity, as well as NT stories of Jesus, and the apostles after him, fulfilling God’s plan and setting up future believers to carry on this mission. Our time each morning was deeply set in God’s word, and it was a great opportunity to help encourage and grow in our understanding of God’s motivations and view of the world together. 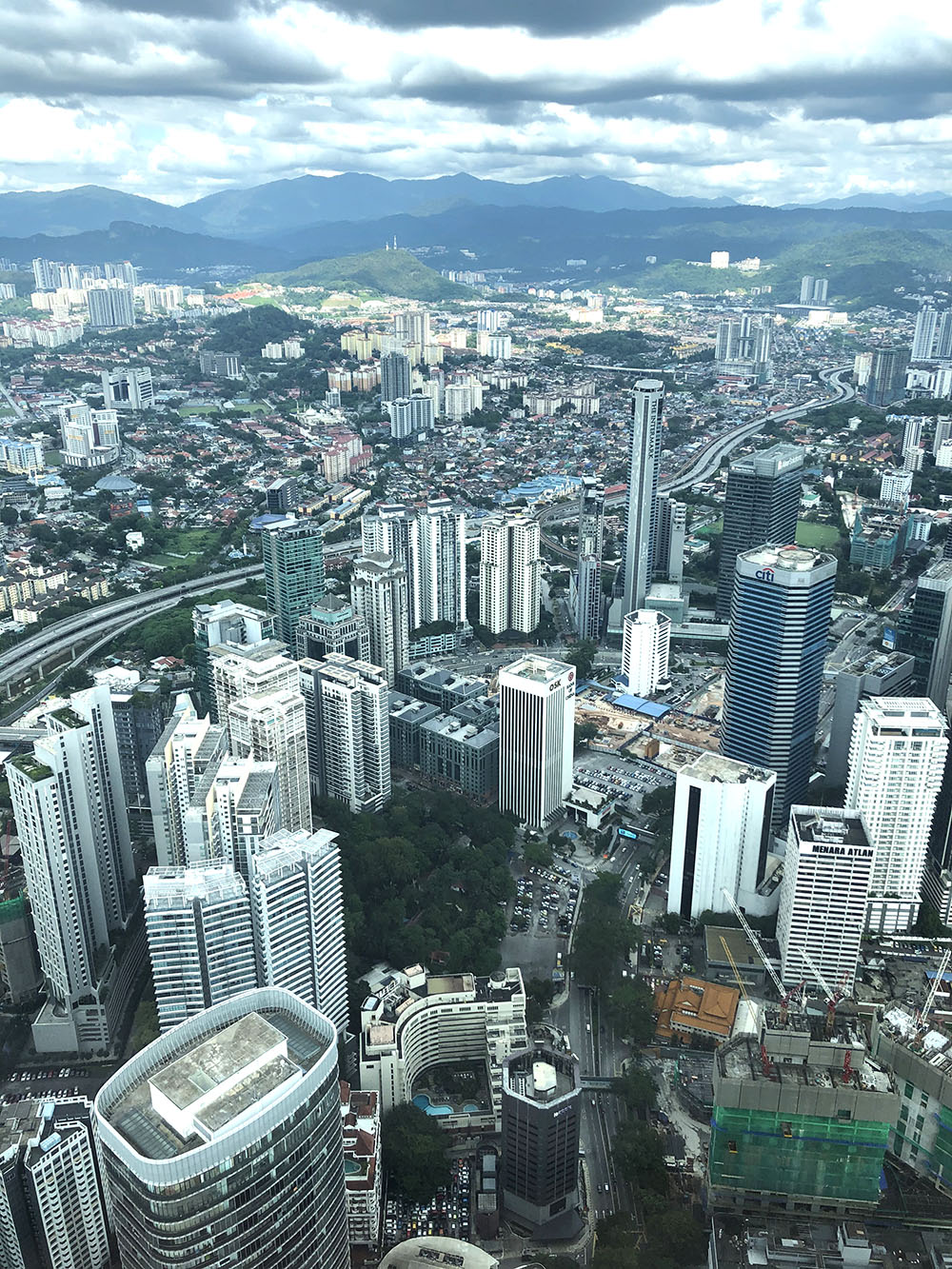 The Lord also used this trip as mutual encouragement for both our team from CCC and the families who attended the conference – encouraging us and reminding us that He is working in mighty ways all across the world through the faithfulness of those who have dedicated their lives to working in foreign countries, and encouraging them by reminding them that there are many across the world who care for them, support them, and pray for them regularly. It became very clear to our team very quickly that this type of ministry (directly supporting long-term overseas workers with time and care) is an extremely valuable and effective way of participating in God’s mission. By doing what we can in God’s grace to build them up and encourage them, they can be more effective in their country of service and the work that they have given their lives to.

God has given us great grace in having the means to travel to support these families, and He worked powerfully among our team to remind us of the value of faithful building up of each other in love and the worthiness of following after Christ in seeing the nations come to Him.

Mary
Saturday morning, January 25th our Raleigh team of five landed in Malaysia. After a twenty-four-hour trip, we hitched a ride to our hotel, unpacked, and sat down for a delicious brunch. As we ate, our three fellow childcare workers from Australia found us and introduced themselves. And wow, what a state for a first impression!

We managed to stay awake until an acceptable bedtime, passing the hours by exploring nearby shops, greeting families as they arrived for the conference, and [attempting to] play some competitive rounds of Dutch Blitz. 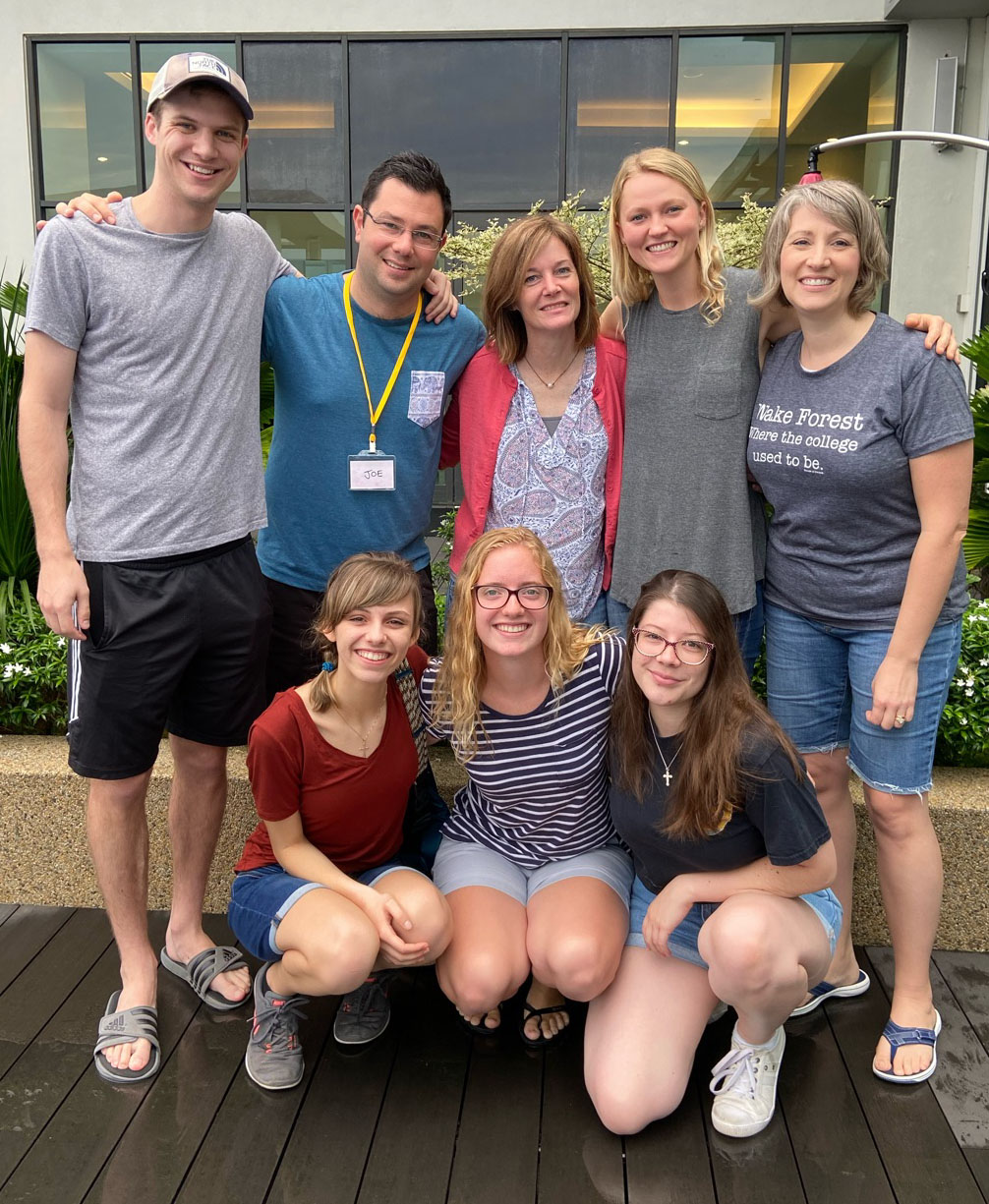 After ten sweet hours of sleep we started off the day with team breakfast followed by group devotion and prayer time led by one of the Aussie volunteers.

(How sweet is it to experience such unity and joy with strangers when they are brothers and sisters in Christ.)

By 9:00am we reported to our designated rooms. I was one of three leaders who welcomed fourteen elementary-aged kids to our group. Each day from morning until lunchtime we sang worship songs, taught Bible studies, led small group discussions, and played games.

Parents picked up their kids just after noon, and the eight of us gathered for lunch and shared stories from our morning with the kids. We spent the rest of the day hanging out with the families by the hotel pool, playing games with kids and teammates, exploring the city, and trying new foods.

And so went each day throughout the rest of the week, following a similar schedule to day one. Our time there flew by, and before we knew it we were packing up our bags and saying goodbyes to dear new friends.

All week I felt so incredibly privileged to get to serve these families. What an honor to partner with them in their work in this sweet, simple way. While they were so thankful we came, I truly felt like the one receiving the greater blessing.

Praying During a Pandemic

Preparing for Easter 2020: A Guide for Holy Week