Update #2 from Tom and Carol

Last Monday, October 3, I started writing the following update to send you. . .

Tom and I would like to give you a quick update on our travels thus far. Our last update finished with us coming back from vacation with our children and grandchildren, rested and relaxed. The next leg of the sabbatical would be in Minneapolis for rest and a number of opportunities to visit Bethlehem Baptist Church and Seminary. On our way to Minneapolis, we drove through Ohio and Chicago to see a number of family members on my side. (Carol) Most notably, my brother Neil, who at the age of 59 is now sixteen months’ drug and alcohol free. While this addiction has been a battle since he was thirteen, he is healthy and growing in his love for the Lord. We were overjoyed to see with our own eyes this enormous answer to our prayers. We were also able to see a nephew that is a new believer and was baptized September 24. Another visual answer to prayers.

From there we headed to Minneapolis for one week. We enjoyed having dinner with Kathryn Forney (daughter of Scott and Kerri), as well as Jason DeRouchie and his family. Jason is a professor with Bethlehem Baptist Seminary. You may remember that his family spent the fall of 2015 worshiping with us at CCC while he was on sabbatical at Southeastern Theological Seminary. Jason has been kind enough to schedule a number of appointments for Tom with elders and pastors at Bethlehem Baptist Church. These meetings have been a time to discuss and consider ministry and church life. It has been an encouraging time to reflect on God’s grace not just in our church but how God is moving in other churches. I met with a handful of seminary wives in training and shared a bit of life as a pastor's wife – something I thoroughly enjoy talking about. 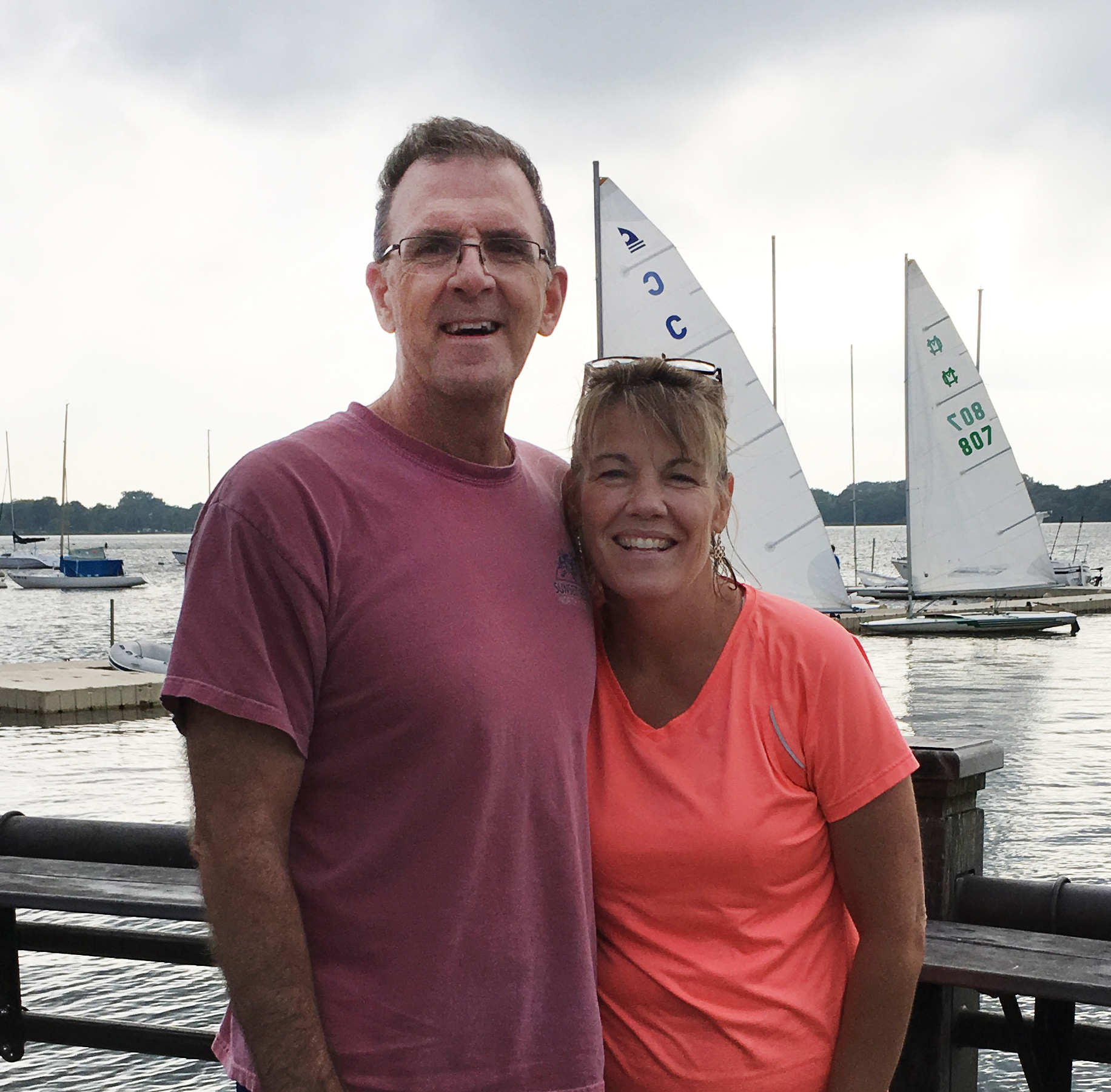 Next, we headed north to stay at Lake Mille-Lacs. It was beautiful. The lake is enormous and provided us the most refreshing and peaceful views. While there, we enjoyed seeing lots of wild life. We walked every day on trails through the woods, often joking with each other about what in the world we would do if we saw a bear. Thankfully, Tom had his pocket knife for protection. ☺ On one particular walk we heard a wrestling noise in the bushes. We stopped in time to see something big and black making its way out. As we were preparing to sprint (whatever that might look like at our age), a sixty-pound black lab came lumbering out. We laughed with great relief that he was not a bear. From a distance, his owner called him, no doubt shaking his head over the two crazy tourists who thought his dog was a bear.

During our time away we have visited four different churches. Last Sunday, we were at Eden Baptist Church where Luke and Kayla Akins served a number of years ago, and Steve Perdue’s (CCC missionary in East Asia) brother Paul is an Associate Pastor. This time has given us a sweet picture of the body of Christ. It is such a gift to worship with other believers. On a less spiritual note, we have enjoyed front row parking as we slid into “visitor parking” each Sunday.

On Tuesday, October 4, we received a phone call from Tom’s brother in Maryland. As you know, Tom’s mom Anne had surgery for stomach cancer the day before. His siblings asked if we could come to Maryland earlier than we had planned to help with Anne’s care. We quickly packed and jumped in the car for Maryland. Two days of driving a total of twenty-four hours and WE WERE OFFICIALLY CRAZY!!! Tom wanted to put me on the roof of the car while I thought he would make a very nice hood ornament. Map Quest kept taking us off of interstate highways to drive on rural roads. Why? Sheesh – totally frustrating. We arrived safely, although we were better suited for a padded room than assisting with patient care.

As I finish this note, I want to express our thankfulness for your prayers for us and for Tom's mother Anne. Recovery from such a big surgery has been tough, but she is not progressing as we hoped. Please continue to lift her up to our heavenly Father. We are so thankful for each of you and miss you.

Much love in Christ,

Carol (for Tom and I)